EroiKa is a participatory art project that tackles the theme of identity and chorality. Through the art of body adornment, since 2018, almost 100 women have created a heroic self-portrait of their own body. The artificial becomes more real than normal. An unexpected double identity emerges, “Unique”, strong and mysterious. Not at all trivial. It shows how rich the visual expression linked to the body would be if we did not have stereotypes of mass media culture, of gender, of class. The wall installation consists of 30 portraits, part of the latest two series held in 2019 in international contexts (EroiKa 4 and 5), unpublished, of EroiKa. This participatory art project involves a series of multilevel phases that constitute a collective path, generating a community of women, who are asked to directly participate in the creation of the work. Build on oneself one’s self-portrait of Heroic character with various materials, following a reflection, choral performance of transformation, which is documented by the photographic portrait. and flatten the specific connotations in favor of a more iconographic-essential rendering.

Through the sacred art of body adornment 20 women elaborate a heroic self-portrait on their own body .. first a schematic sketch of the ornamental and symbolic elements and the meaning that this transformation should have is made. – each participant reflects and elaborates his / her transformation by mirroring himself – a dialogue is established between himself and his own image, but also with the others who are in the same room – ornament is also disguise, masking. But also transfiguration in the heroic part of each participant. So it reveals something that struggles to emerge in everyday life – the self-portrait as a performance in which a movement from inside out – makes visible something numinous and symbolic that comes from the depths.

Fixing – documenting the transformation through the photographic portrait – half-length portrait with black background – the participants became performers, using their body to take on the appearance of their original heroic character. the magical instant of transformation. – the photographic portrait precisely because it is “frozen” triggers the mythological vision and is truly the heroic portrait of that person, which coincides perfectly with it. – Each performer has written a descriptive text of their own image. the text alongside become “talking” images.

The photographic portraits were graphically reworked in post-production with Adobe Photoshop. – To obtain a symbolic enhancement and depart from reality, black and white was chosen and a poster effect that flattens the details making them more essential. are printed on paper – contrast between performance and documentation. The photographic image is printed in several copies, various formats. Reference to the technical reproducibility of Benjamin’s work of art in contrast with the archaic nature of the primary creative experience.

This collective work can be put on display by affixing the prints to a wall, all together creating a square of 5 x 4 images – you can create a book – they can become talking cards – you can make a video of the performance of disguise – unveiling – transformation and return to the initial form. 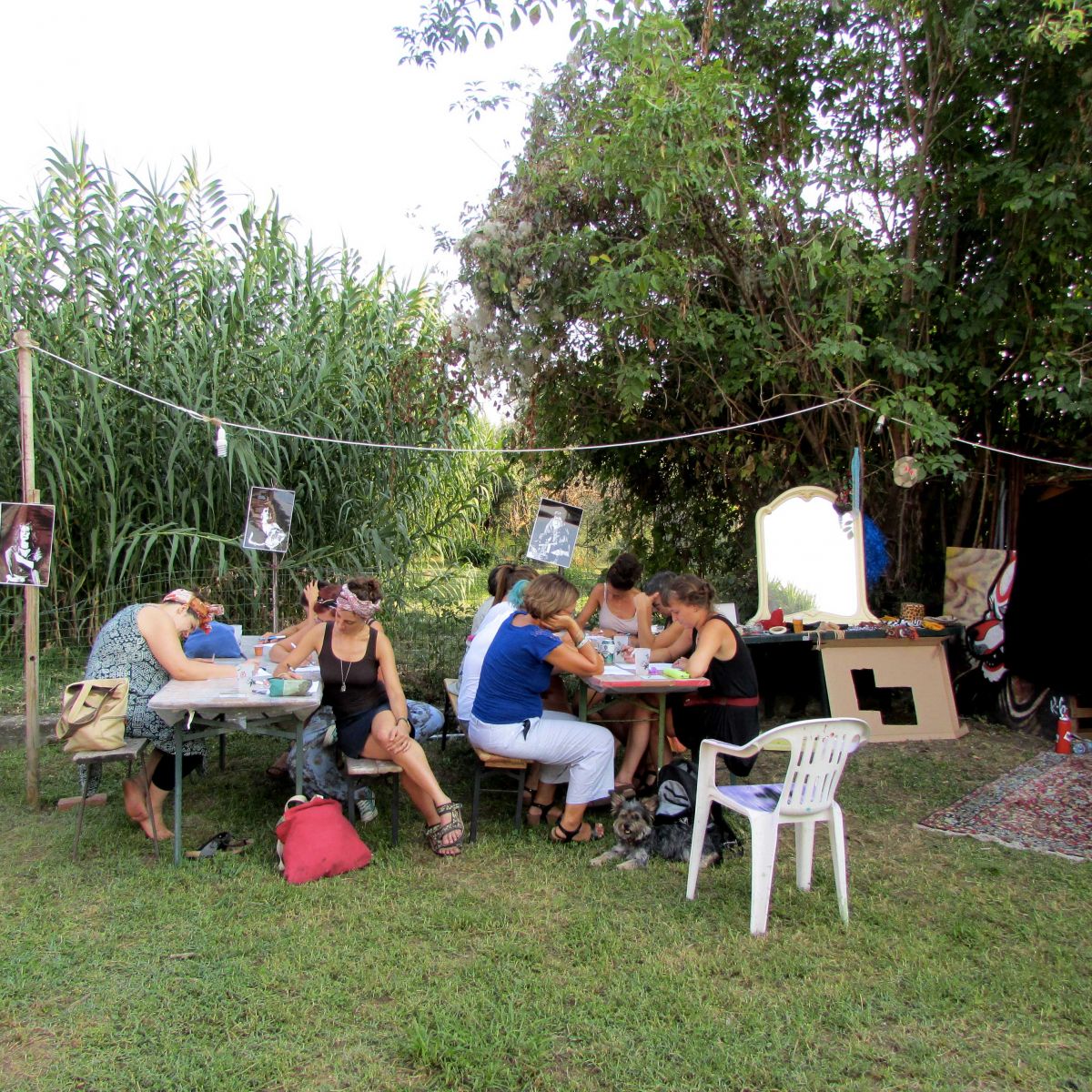 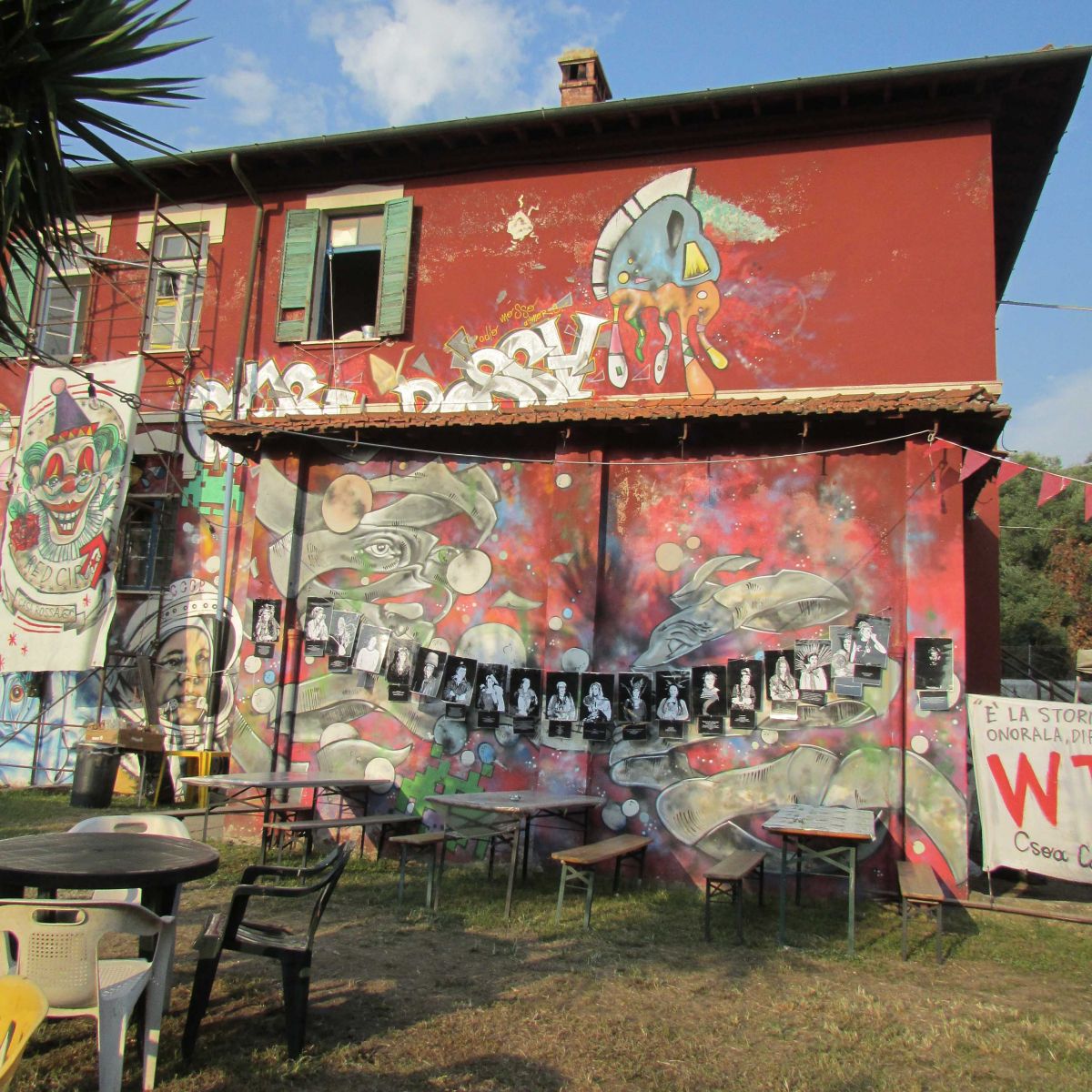 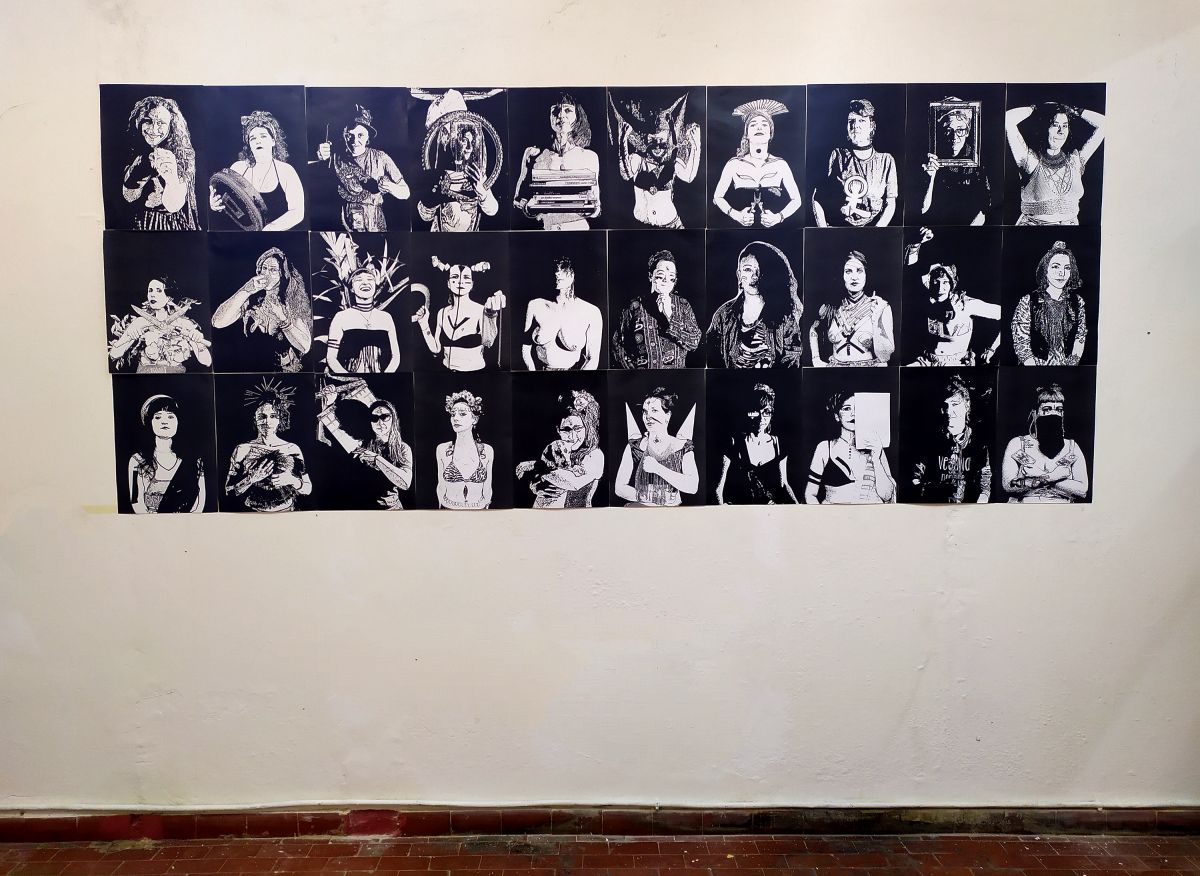 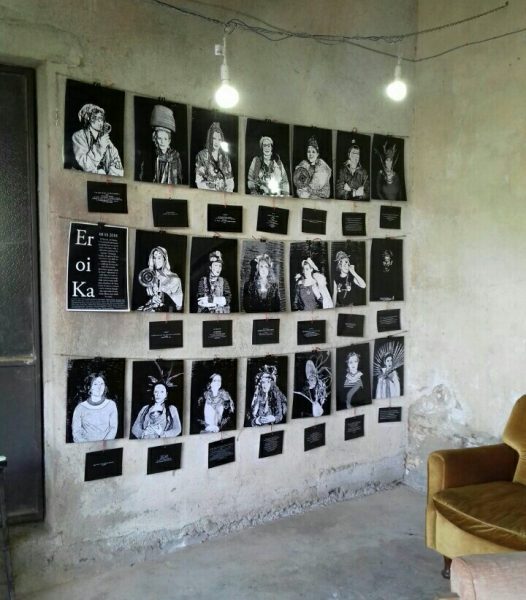