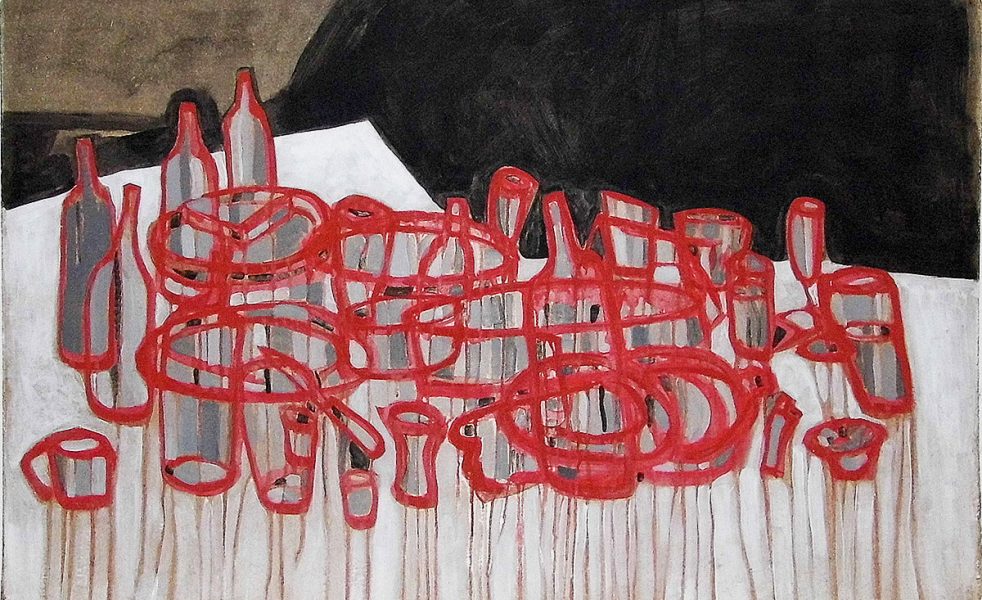 To represent the object created by the human technique, as sign of the existence and contemporary absence of the human being, who’ s disappearing, because it is becoming an object, projected through goods and its mass production.
Who is the western human being of the 21st century? A lost object on a dinner table, sing of a consumed meal, finished. As all the diners standed up and went away, all that remains are their shadows. The object undergoes a cromatic decomposition, sinking in the ambiguity, they are undifferenciated, they are but they are not, the sight of the spectator has the task of recomposing the image of the object, to approach intuition of it, to possess again its form. The sight of the spectator is obliged to do work, through this work he can begin a process of recomposition more general, from fragmentation across counsciousness experience and memory, to reach the “ente”, that is the “aleteia” as the truth reveals.